Research and experience has demonstrated that the most important factor in determining the quality of an early childhood program is the quality of its faculty. Children thrive when there are sufficient numbers of specially trained adults on a regular and consistent basis. At Hampton Lane we are incredibly proud of our extremely talented team of teachers. 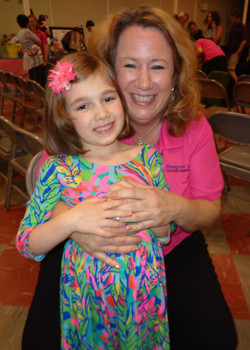 Erin Rigley is the Center Director at Hampton Lane Child Development Center. Erin was born and raised in Baltimore, Maryland. She joined the Hampton Lane team in 2007. Erin is a graduate of Notre Dame Preparatory high school in Towson Maryland, and a graduate with a Bachelor of Arts degree from Western Maryland College. She received her Early Childhood Certification in 2007 and later received the requirements for an Early Education Director. She has received her Certificate of Achievement from the Maryland Child Care Credentialing department as well. Erin is the single mother of four children; the youngest being a “graduate” of Hampton Lane. Besides her passion for Hampton Lane, Erin has a great love for graphic arts and for Field Hockey. She began a field hockey program at Mercy High School and was named Coach of the Year in 2005 by the Baltimore Sun. She is also one of the founding board members of the Cockeysville Field Hockey Recreation program and continues to coach. While her children are all much older now she still enjoys “Family Game Night” with her children and is very active in their educational and sporting activities. 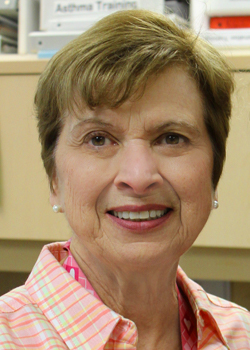 Nancy Andrew is the Financial Secretary. Previously she had been the Administrative Director of Hampton Lane Child Development Center for 32 years. She is responsible for the finances, including accounts receivable and payable; tuition fees and billing. Nancy is a very part-time employee although her experience is a valuable resource that we tap into. Nancy is a graduate of DePauw University in Indiana and has also undertaken some graduate courses in Family Studies at Indiana University. Nancy has taught a variety of classes including middle school English, Physical Education and Gourmet Cooking in Adult Education. She and her husband Jim have three grown children and five grandsons and one granddaughter. Nancy loves to read, quilt, and travel, and is enjoying more time with her family in her semi-retirement. 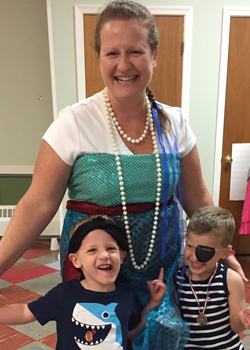 Freya Bates is the Administrative Assistant. Freya and her family relocated to Baltimore in the spring of 2010. Freya is originally from New York City but she has also lived in Washington D.C. for 14 years. She has a Bachelor of Science degree and has also earned her Early Childhood Certification. Freya started at Hampton Lane as a parent in 2011 and hasn’t left. She is passionate about being a parent to her three young children and loves to cook innovative, healthy meals. Freya loves traveling and experiencing new cultures and is moderately fluent in Spanish. 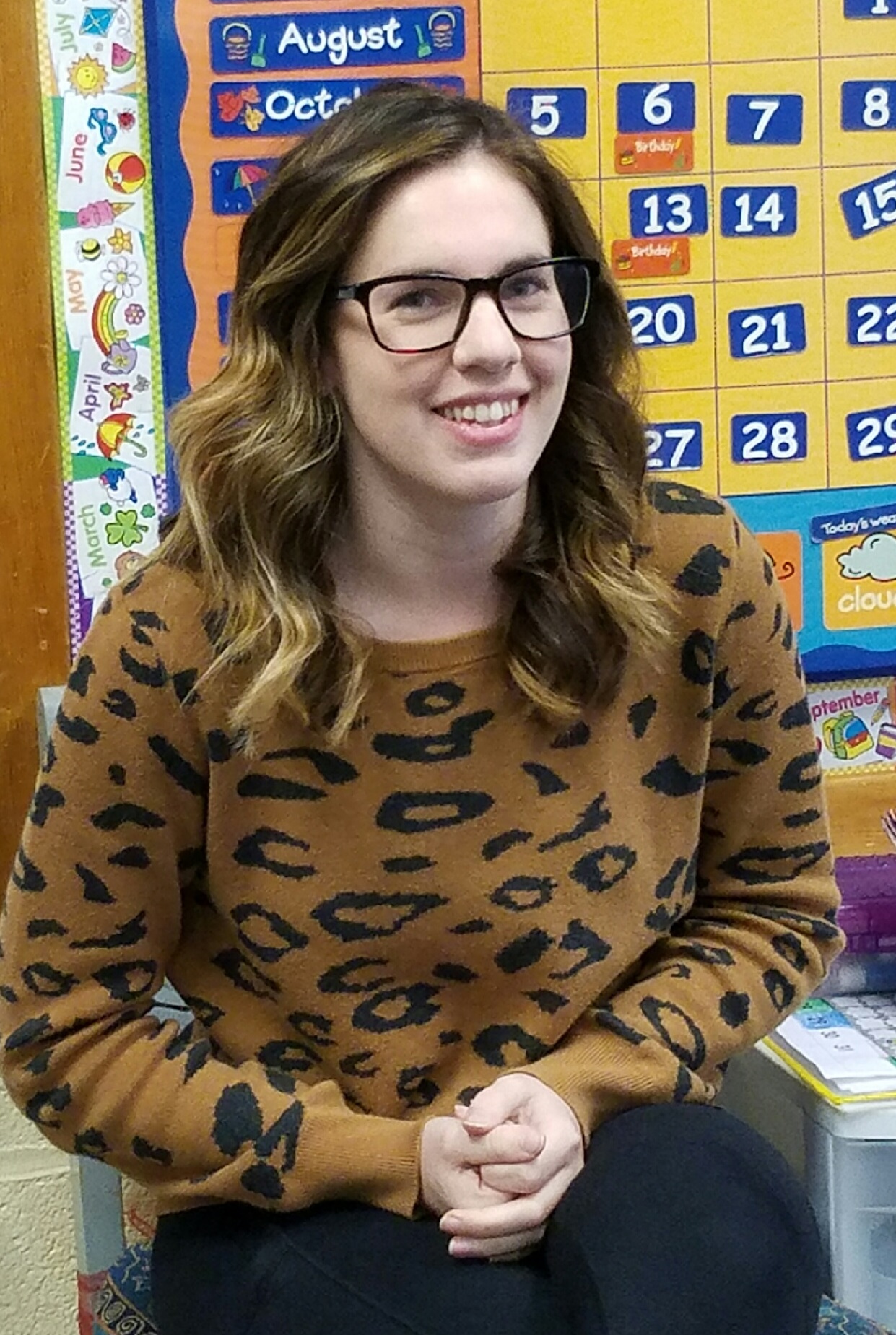 Miss Emily Bowling
Miss Emily joined the Hampton Lane team in 2017. She has a Bachelors degree in Early Education from Frostburg State University in Maryland. She is currently working on a Masters degree in Environmental Education. Miss Emily has a real love for Science and the environment. She is passionate about incorporating nature into her curriculum. 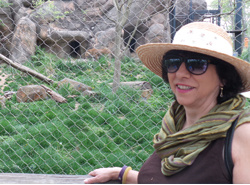 Miss Toula Mavrophilipos
Miss Toula has been a teacher for 30 years. She has been with Hampton Lane since 2015. She has a Bachelors Degree in Art Education from Moore College. Miss Toula has taught in Baltimore County Elementary schools as well as teaching the Greek Language to children and adults. She moved from New Jersey to Baltimore, Maryland after her marriage. She has two daughters that have graduated with their Master’s Degrees, one in Health Sciences and the other in Speech-Language Pathology with a minor in Deaf studies. Miss Toula’s family is from the Island of Ikaria, Greece. 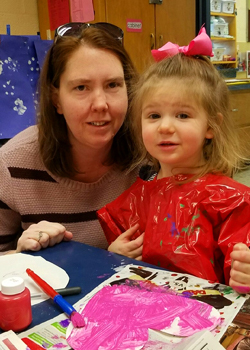 Miss Jennifer Fischer
Miss Jennifer joined Hampton Lane in 2016. She has been working in the early education field for more than 20 years. She has an Associates Degree in Early Childhood Education from The Community College of Baltimore County. She has received a Level 5 Certificate of Achievement from the Maryland Child Care Credentialing department. Miss Jennifer loves being a teacher and truly enjoys working with children. She has three children of her own, two daughters and one son. 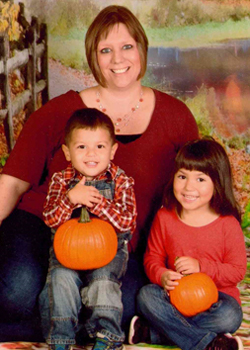 Miss Katie Morales
Katie Morales joined Hampton Lane in January 2016. She has a Bachelors of Science Degree in Early Childhood/Elementary Education from Temple University, a Master of Science Degree in Reading from Gwynedd-Mercy College and is certified to teach ESOL. She began her teaching career in the Philadelphia School District where she taught for four years in second grade, third grade and sixth grade. After leaving the Philadelphia School District, Katie was a substitute teacher in the suburbs of Montgomery County, PA for five years until she moved to Baltimore County in 2014. Although she now lives in Lutherville with her husband and two children, Katie’s favorite foods are still Philly favorites like cheesesteaks, soft pretzels and water ice. Miss Katie is also a music teacher here at Hampton Lane. 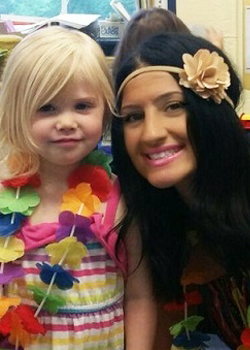 Miss Maria Coluccio-Kass
Miss Maria joined Hampton Lane in 2011; however, she has been working with children since 2000. Miss Maria is originally from New York and moved to Maryland with her husband in 2011. She has an Associates Degree from Georgian Court University in New Jersey and has also earned her Early Childhood Certification. She has a big Italian family and is fluent in Italian. She is a proud mother to a son. Miss Maria and her husband enjoy going on family adventures. She also enjoys writing and baking. 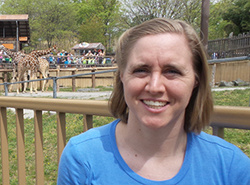 Miss Michelle Vogel
Michelle Vogel is a Two’s Teacher at Hampton Lane. Michelle joined the Hampton Lane team in 2005. She has a Bachelor of Science Degree in Psychology from Towson University. Michelle was born and raised in Maryland and is a Baltimore Ravens fan. She loves to exercise and is involved in her church and her church community. She lives with her twin sister in the Baltimore area. 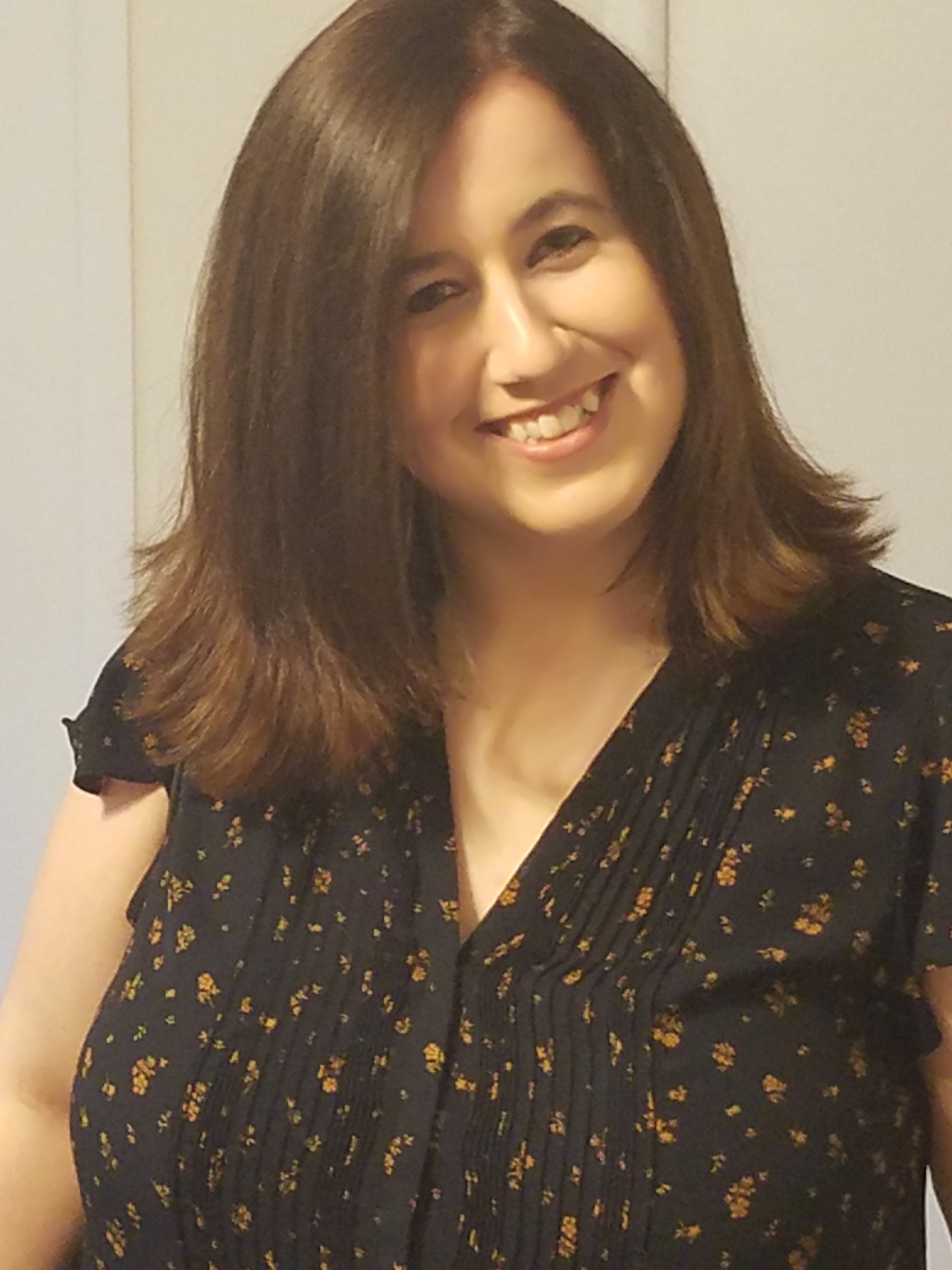 Miss Emily Buonsignore
Emily has been working at Hampton Lane since 2016 as a part-time teacher’s aide, although she has been affiliated with the school since 2007. Emily is born and raised in Baltimore, MD. She is a recent graduate from Syracuse University, with a major in Bio-Technology and a minor in Forensics and another minor in Classical Studies. Emily studied abroad in Florence Italy for an entire semester and has received national recognition for her classical studies (Latin). She is the oldest of 4 children. Her youngest sister is a graduate of Hampton Lane Child Development Center. Emily has spent her summers working as teachers assistants for School camp programs at local elementary schools as well as volunteering at TUMC Vacation Bible School. She has also volunteered with Guinto’s Helping Hands, Hometown Heroes, and the Oregon Ridge Educational Center. 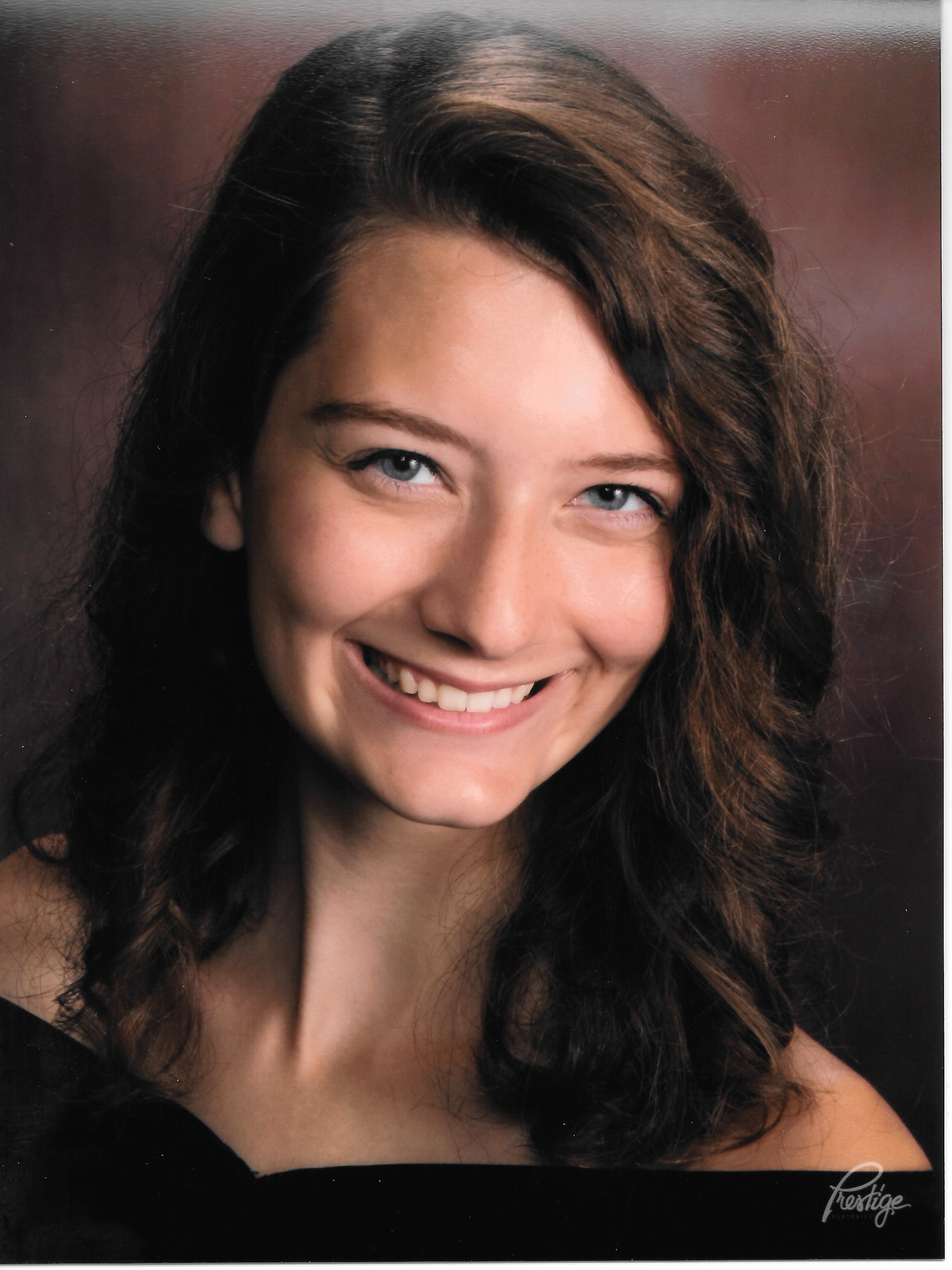 Miss Amanda Molino
Miss Amanda is currently attending Towson University for her BA in English and Educational Studies. Miss Amanda has joined Hampton Lane as a Teacher’s Aide in the summer of 2018. She has experience as an English writing tutor and a summer Nanny. Miss Amanda has many philanthropic roles such as committee head chair of the Relay for Life event for the American Cancer Society. She was also the secretary for the Girl Up foundation and a member of the Key Club. Miss Amanda has been a color guard for her school’s marching band and has been a ballet dancer from pre-ballet through to the senior level. Miss Amanda has been highly recognized and awarded for her academic success. She has also been an Editor in Cheif for Sequal magazine and co-author of her school’s screenplay called “Kiss the Bride”. We are very excited to have Miss Amanda as part of our Hampton Lane team. 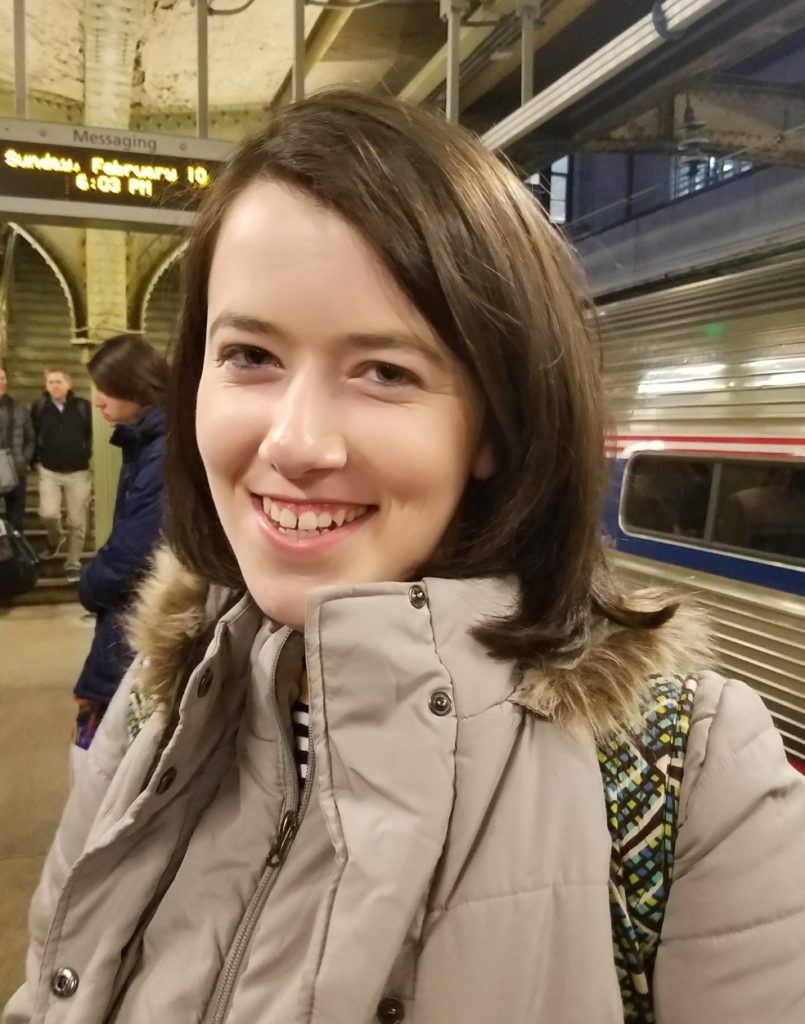 Miss Caroline Buonsignore
Caroline joined the Hampton Lane team as a part-time teacher’s aide in the summer of 2019, although she has been affiliated with the school since 2007. Caroline was born and raised in Baltimore, MD, and has 3 siblings. She attends Randolph Macon College and is pursuing a degree

in English/Publications with a minor in Classic Studies. Caroline currently works throughout the school year at John Gandy Elementary, teaching and tutoring children during before and after school hours. She has also volunteered with Guinto’s Helping Hands, Hometown Heroes, and the Oregon Ridge Educational Center. Caroline will join us over the summer months and school holidays. You may also recognize her as the Easter Bunny here at Hampton Lane. 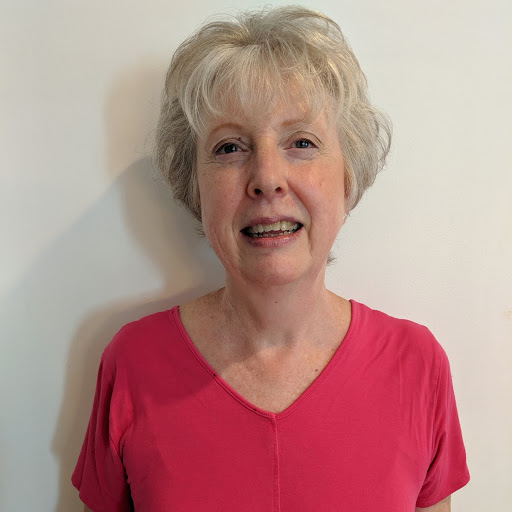 Miss Betsy Molino joined our team as a part-time teacher assistant, especially helping during the opening and/closing hours. She comes to us with over 10 years’ experience as a Teacher’s Assistant. Prior to that Miss Betsy had worked for 14 years in the field of analytical chemistry. She is married to her husband Gary and they are the proud parents to two college-aged children, including our Miss Amanda. Miss Betsy also has three stepsons and three step-grandchildren. Miss Betsy has taken a very active role in her children’s academics and activities. She loves to read, walk for exercise, traveling and of course time with her family 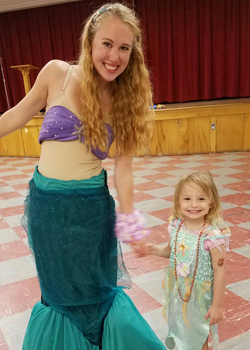 Miss Bayley started working at Hampton Lane as a part-time aide and FT teachers since the summer of 2016. Miss Bayley is also a music teacher here at Hampton Lane. In 2015 she received her Associate’s degree in Secondary Education from Harford Community College.  She graduated from Towson University with a BA in English Literature.  In her spare time, Miss Bayley is a member of the local theater company, The Mount Caramel Players. In the spring of 2016, she had the pleasure of playing Ariel in the company’s production of The Little Mermaid, a lifelong dream of hers. Miss Bayley also loves to study the history of the British Monarchy. 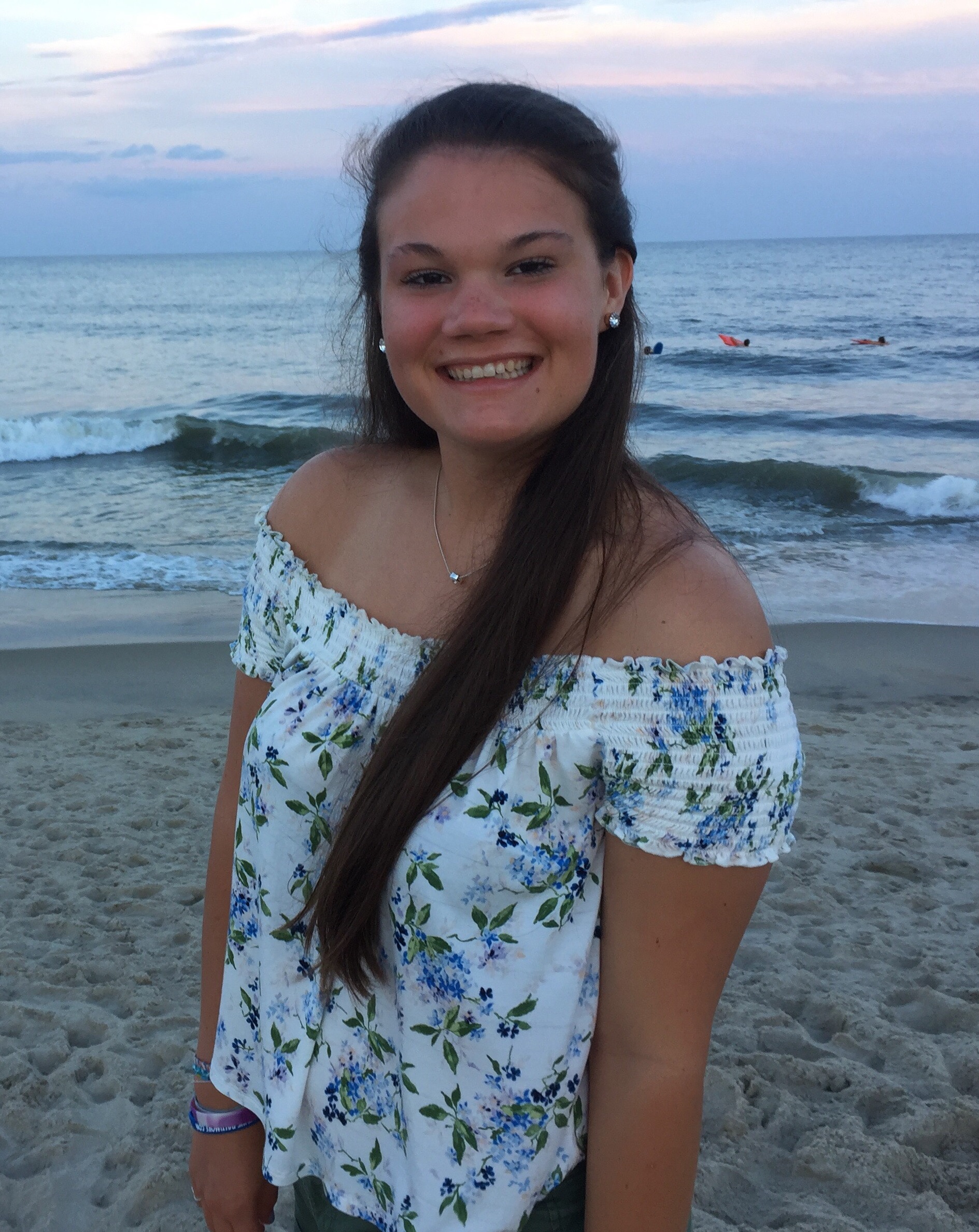 Miss Ashley joined our team as a part-time teachers assistant in September of 2018. She recently graduated from Stevenson University, where she received an Early Childhood Education degree. She comes to us with a vast experience of working with children.  Miss Ashley has worked at an after school care facility while she attended college. She has also had Field Placements and volunteered at many local schools such as Pot Spring Elementary, Mechanicsville Elementary, The Jewish Community Center and Hampton Elementary School. During her summers Miss Ashley is the Assistant Manager at Hampton Pool where she has trained and supervised the Lifeguard team and worked with young children on the Pool’s swim team. We are very excited to have Miss Ashley as part of our team here at Hampton Lane. Miss Ashley has an incredibly contagious smile and a very gentle way with the children. 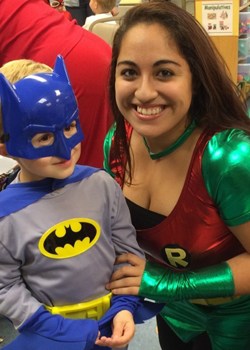 Miss Lillian Morales
Miss Lillian has been working at Hampton Lane since the summer of 2014 as a part-time assistant teacher. She graduated from Stevenson University in 2015 with her Bachelors of Art in Psychology and earned a Master’s Degree from Loyola in Counseling Psychology. She is hoping to have a private practice in her future and specialize in working with children and adults. Miss Lillian’s parents are from Argentina and Bolivia, but she was born and raised in Gaithersburg, Maryland. She is bilingual speaking English and Spanish.